Vienna, 20th district. Beyond the picturesque city centre, one of the most eye-catching restaurants has established itself: Mraz & Sohn, which has been awarded two Michelin stars since 2015. “Family restaurant with no borders” says the website, where a poisonous green cucumber sticks a red tongue towards the viewer. Father Markus is standing in the kitchen, he has tied his long hair to a braid. His son Lukas now works with him, son Manuel manages the restaurant. Lukas Marz had his culinary art honed by greats such as Jean Georges Klein, Joachim Wissler and Jonnie Boer …

In Berlin, Lukas came into the limelight for the first time and caused a sensation as head chef at Cordobar. Lukas is full of crazy ideas. Together with the two other members of the Healthy Boy Band, Felix Schellhorn and Philip Rachinger, he lives it out on international stages in culinary punk and Fluxus performances. But also the dining at Mraz & Sohn in Vienna is a kind of performance. The price of the menu – 144,44 EUR incl. Water – is stated on a slip contained in a lucky cookie. The “menu” is driven into the guest room in a shopping cart. Dönerillusion, strawberry goulash or old dairy cow are served. “Rough Dining” is how Lukas’ friend, Felix Schellhorn, likes to call it.
www.mrazundsohn.at 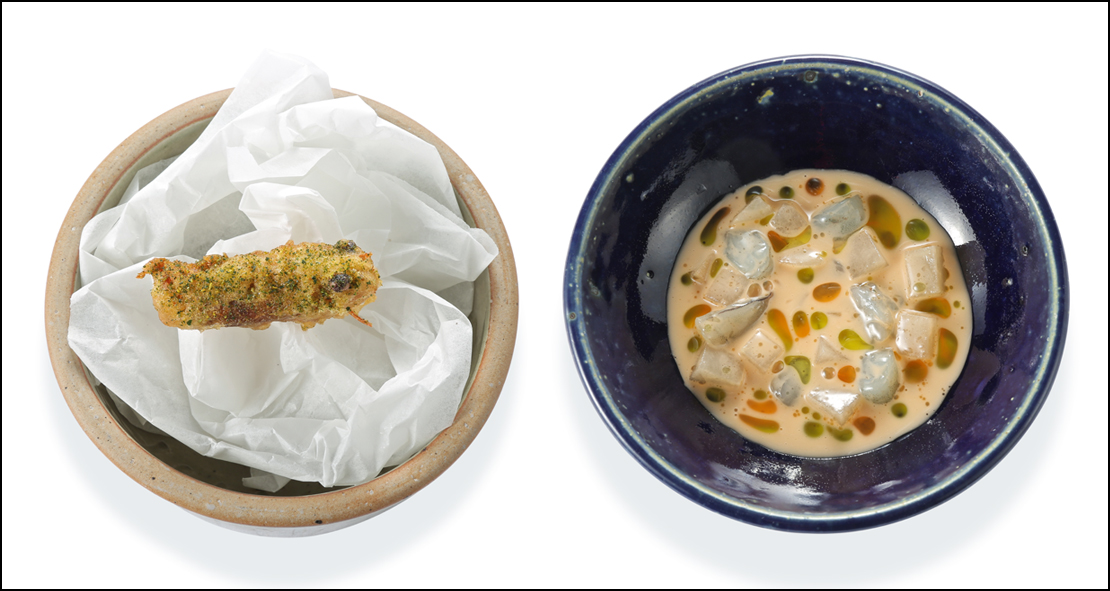